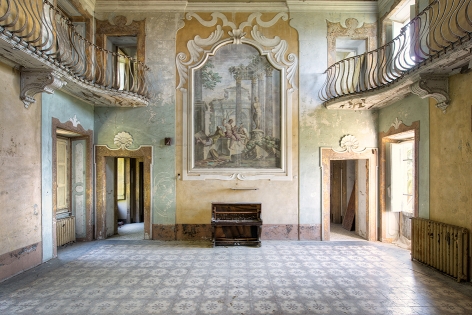 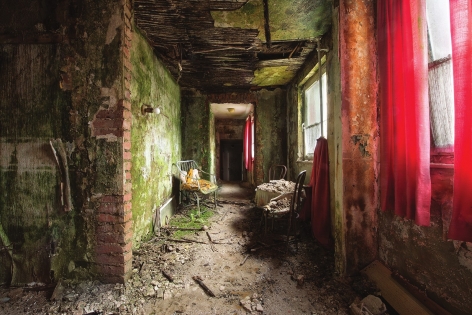 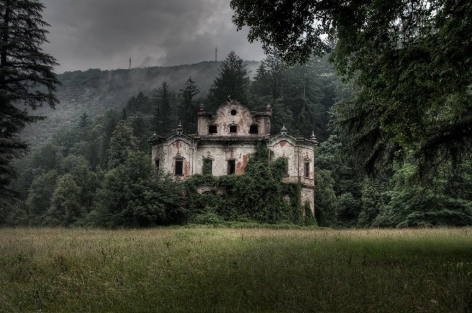 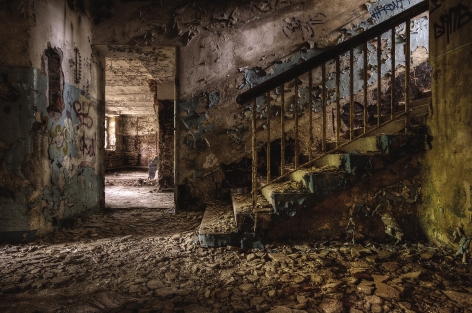 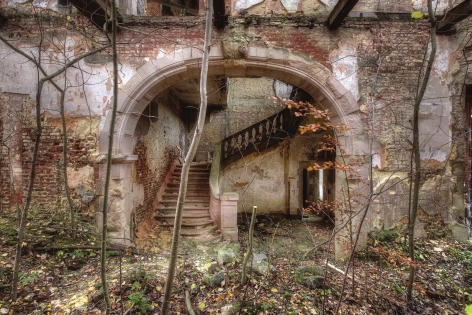 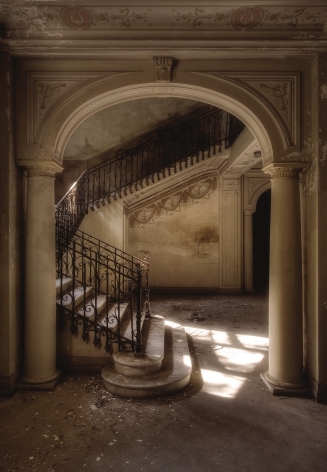 A solitary photograph was Daan Oude Elferink’s doorway to a whole experience, from perilous accession to the imposing silence of the deserted places he portrays. He acquired his first camera in 2009 and it became the instrument of a genuine quest for the essence of the past. Fascinated by urban exploration, Elferink was quickly attracted to the silent beauty of desolation, which he skillfully transposes in his shots. Intensely interested in the historic weight of monuments in ruins, he travels the world accompanied by Urban Exploration (Urbex) followers, irresistibly attracted to abandoned sites. The Collective unearths new abandoned sites and travels the world in search of the perfect image. The marked contrasts of their photos sublimate a darkened room which has not welcomed guests in decades, and theater rooms long empty of their audiences.

“You’d be surprised what people leave behind, often for unknown reasons. Beautiful villas, still fully furnished – everything covered in a layer of dust. Hospitals with patient files scattered in the hallways. Theaters and ballrooms, now empty of laughter. Castles where the family photo album still sits on the bookshelf. Memories of what used to be. How did these people live? Why is the place abandoned? What happened? With time, nature starts to take over. As the years pass, buildings and the secrets they keep crumble and decay. On first glance you may see a pile of moldy debris, but look at it with different eyes and you’ll find a breathtaking beauty. Decay ignites the imagination.”

In order to capture all the subtle nuances within a single instant, Daan Oude Elferink makes use of the HDR process (Hight Dynamic Range), which consists of taking three to five identical views, each one with a different light exposition. These images are then merged by computer, bringing to life photographs of high impact. Printing is done on the highest museum quality photographic paper, then mounted to aluminum D-bond.  The finishing touch is a hand-coated layer of a new material based on liquid epoxy in order to create extra depth in the image.