Broaden your horizons with ‘Unity’, an exhibition by contemporary Australian artists Rick Cook and Peter Usher. United in their portrayal of strength and depth in nature, observe how the duo complement the exhibition’s theme with Cook’s glass works discovering nature from an aerial standpoint and Usher’s conceptual sculptural wall art using mixed mediums.

With paintings that are visually beautiful and conceptually strong, Usher's artworks are a dialogue addressing his ongoing and deepening relationship to the natural environment within which he lives and works. Usher breathes life into his art through his creative use of paint and mediums. His artworks sensitively combine natural elements of colour, mediums, shape and texture without losing the essence of nature, displaying the diverse variations of different compositions that are found within the landscape. The end result is a fusion of his perspective on nature that resonates within the viewers’ imagination, naturally inviting a positive response.

Cook’s canvas takes on the form of glass vessels; a medium he crafts in a molten state by hand at a furnace. Based on a reflection of nature and its environment, a series of glass colours are mixed with a visual in mind. With limited control over how the patterns would result due to the developing technique, Cook does his part to ensure the harmony, form and flow are ideal while shaping and polishing the blown glass. The patterns that are generated in his surfaces incorporate dried watercourses on coastal coral reef structures and Pindan plains, a red-soil country of the south-western Kimberley region of Western Australia. Cook tries to encapsulate the infinite vast panoramas of the Pilbara, both coastal and inland, within the three dimensional forms of his works. 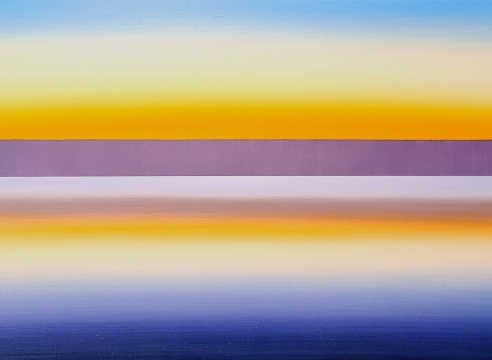 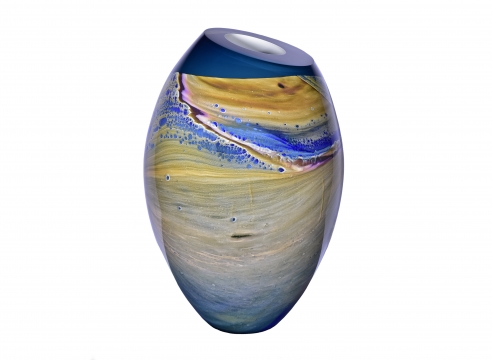