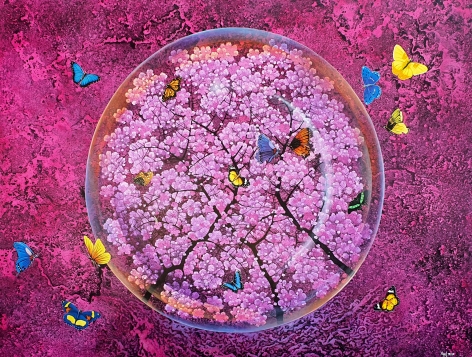 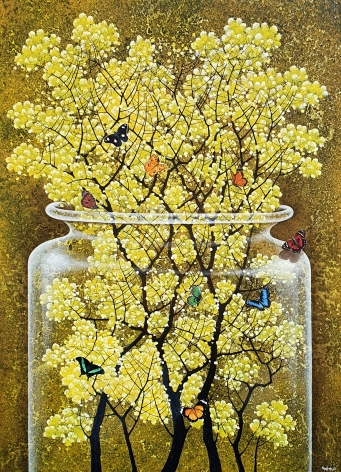 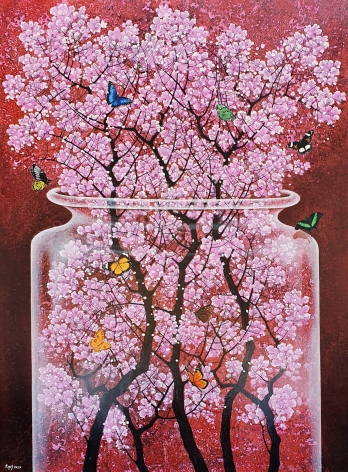 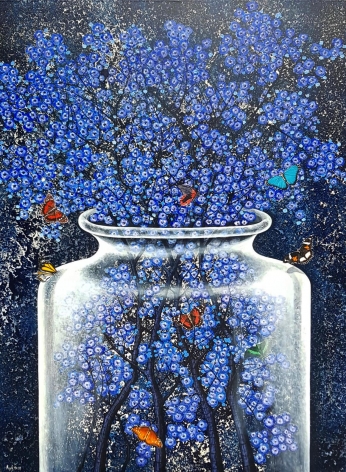 “We are what we see.”  This simple phrase illuminates the origins of Agus’s creations. Born in Yogyakarta to a family with an artless background, Agus was strongly influenced by his natural surroundings.  As he recalls, it was the beauty of the nature itself that inspired the artist to first pick up a brush and capture his vision on canvas.

After completing his formal high school education, the self-taught artist focused entirely on painting.  His curiosity and desire to learn led him to befriend and undertake mentorship with well-known artists such as Sutopo, Mahyar, Sumardjo, and Widodo.

Nature is his greatest source of inspiration.  Fascinated with the universe, the magnificence of sakura (cherry blossoms), and natural phenomena such as volcanoes & earthquakes he has personally experienced, Agus often places these subjects in his works. "I'm a big fan of sakura because of its philosophical value. The sakura is as exotic in the fall as it is in the spring. It’s beauty is never-ending" he said.

Many years ago, an earthquake damaged Agus's house in Bantul while the eruption showered it with volcanic ash. Yet, it was the genuine help from foreign countries that touched Agus the most. "The disasters had a great impact on me because I personally witnessed aid coming in from many countries like France and Japan. People worked hand in hand to help the disaster victims," he said.

Since 1995, Agus has been selling his work professionally and also been participating in numerous solo and group exhibitions throughout Indonesia, Hong Kong and Singapore.